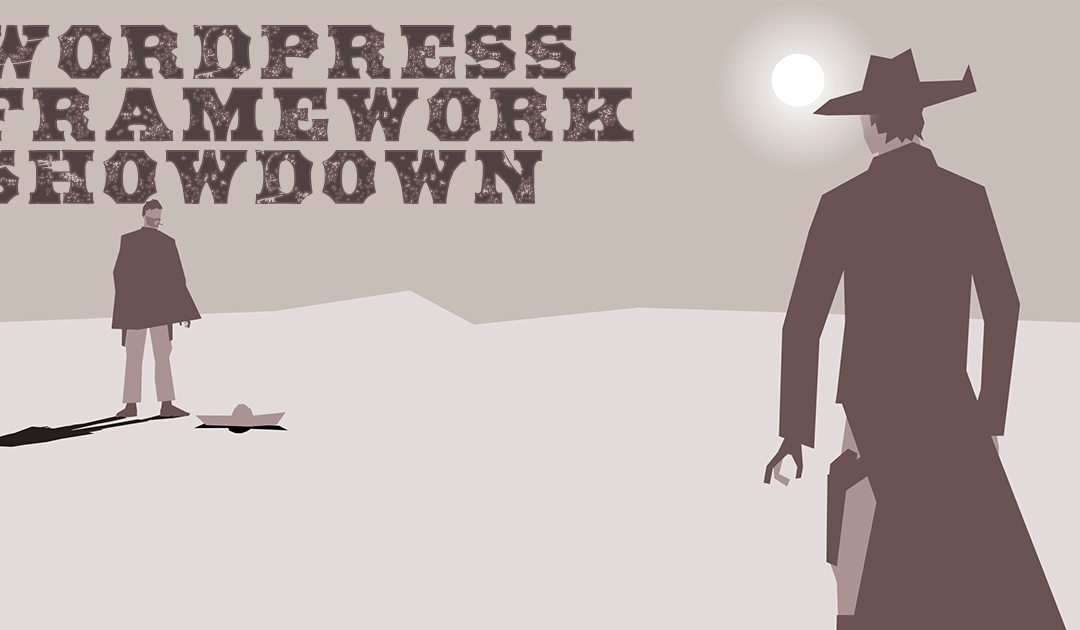 This post is part of a series of WordPress framework reviews where we assess and compare the frameworks that received the most votes in our Best WordPress Framework poll. Check out the wrap-up or take a look at the reviews for Headway, Ultimatum, Divi Builder, or Gantry.

The Ultimatum WordPress framework is a toolset that includes not only the framework itself but access to over a dozen premium plugins and eight templates. We put the framework and one of the templates through their paces to see how they compete in a crowded marketplace.

Getting started with Ultimatum means installing it just as you would any WordPress theme. You’ll see the Ultimatum Toolset in your WordPress dashboard and you login through it to gain access to the plugins/templates you’ll need. It’s pretty straightforward and only takes a few minutes to setup.

A “template” in Ultimatum is a theme in normal WordPress parlance. A “layout” is a template. For example, after installing the Ultimatium Theme, you then build or install a “template” (read: theme), then you setup the layouts (read: templates) for your content. All defined here. The flow is Theme>Template>Layouts.

There are “Full Layouts” and “Partial Layouts”. The latter are intended for things you use on multiple types of content, like headers and footers, while Full Layouts are your complete designs and can include the Partial Layouts. This isn’t as confusing as it may seem and makes setting up global elements easy.

From there you’ll start with the blank Ultimatum template or install a pre-made template. The default template is nothing more than a blog listing with a header menu. It’s just enough to show you that things are working. From there you’ll need to create layouts to actually setup a design you can use.

Plain and simple; the Ultimatum layout builder gets the job done.

The layout builder isn’t sexy but it gets the job done. You’ll probably want to set one of your layouts to default so you don’t have to manually set it for each page/post and create a separate layout for your homepage. You can assign layouts to different types of content, but it’s not very granular. For example, you can assign layouts to specific post categories but not other taxonomies like tags and a lot of content types are missing, like archive and media pages. The Layout Selection box always lists “The Default” even if that’s not what is always actually in use. If you assign a layout to posts, for example, Ultimatum overrides the settings for ALL posts, without warning. To assign a layout to an individual post or page you much choose it from that post or page, rather than assigning it via the Ultimatum interface, which is a little confusing and causes you to have to move around a bit more.

Other minor interface quibbles abound. If you click “Edit” under a template, you get a page of settings. If you click the template name itself, you get the Layout screen. That’s confusing and doesn’t hold with WordPress norms. There is no visual indication that settings have been saved when “Save” is clicked. The CSS editors are very cumbersome and remind us more of filling out tax forms than designing a website, and they aren’t setup for any type of live preview so you’re going to be doing a lot of saving and refreshing. It’s also difficult to actually find the CSS fields your need to edit sometimes, since they can be in several different places and almost never where you expect them. Divi handles this brilliantly, placing styling options and custom CSS fields in each module. Only the basics are included in the WordPress theme customizer which further limits quick changes. It would probably be easier and more efficient to simply edit the CSS files directly, if you are comfortable with that. 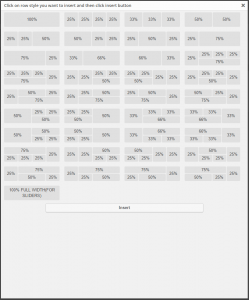 Warning: This interface can cause seizures and nausea if viewed for more than two seconds.

Ultimatum utilizes the Twitter Bootstrap by default so it’s responsive out of the box. Although Bootstrap is a solid foundation, we found that we needed to make several adjustments to the responsive CSS in order to get the results we expected on mobile devices. This could be because of Ultimatum framework or the template we tested, but either way some extra polish will be needed when you’re working on your mobile layouts.

The framework also includes licences for several premium plugins, including Visual Composer, which is recommended by Ultimatum for building layouts within posts and pages. We’ve never been fans of Visual Composer as it’s bloated and your content will essentially break if you disable it and we can’t understand why a framework that allows you to design layouts for posts and pages would include it in the first place. Ultimatum ran into some nasty legal troubles with Envato and the developers of Visual Composer so beware before using it on your Ultimatum powered websites.

On the positive side, Ultimatum lets you integrate WordPress widgets directly into the layout itself, without having to create custom widget positions or use shortcodes. That’s really fantastic and I wish all themes and frameworks allowed this as it really makes sense and opens up a lot of design flexibility. A nice interface for adding and managing custom fonts is also included, which we haven’t seen in other frameworks. Editing the layouts is easy and just makes sense; it’s not confusing like Headway can be at times. You really get the sense that you can completely customize the look and feel of a large site quickly using Ultimatum, as long as you don’t need to get too specific with custom content types which would take more time to assign. Finally, you can embed pages right into your layouts which makes it easy to re-use content in different ways. Let’s say you created a simple page with a signup form; you can just add it to your default layout and that content would appear everywhere that uses that layout. Oddly, you can’t do the same with posts. Of course you’ll need to be wary of duplicate content and other SEO penalties and in most cases there would be more efficient ways of achieving the same goal, but the option is nice to have.

We chose the “Clean” template to test which was easy to install from the Ultimatum Toolkit in the WordPress dashboard. Once Clean was installed and activated we created a Home page in WordPress, chose the Home layout, and set it as the static Front page in the WordPress customizer. Then we created a menu and added the Home and Sample pages and assigned it to the default menu location. All of this was fairly straightforward.

During testing we had to switch a setting in Home Layout in the WordPress Custom Loop to pull from a category, rather than posts, which didn’t seem to be working. We had to make several other changes in order to match the live demo of Clean. The instructions for setting up Clean are very minimal and don’t include the customizations that have to be made to replicate the demo. It’s a simple enough template so we’re not sure why it’s basically broken out of the box. The demo is running on WordPress 4.0 so perhaps they simply need to update some code for newer versions of WordPress.

Ultimatum is a solid WordPress framework with a loyal user base, as evidenced by it receiving the most votes in our Best WordPress Framework poll. It’s being actively maintained but isn’t updated as often as some of the competition and support is limited to a member forum where it seems there is only one tech answering questions (poor guy!).

With a design that looks stuck in the last decade, templates that need work out of the box, and a user interface that can be daunting and requires at least a basic knowledge of HTML and CSS, it’s hard to recommend Ultimatum to anyone who isn’t already well versed in code and WordPress.

For those who are, Ultimatum may well save you some time and help you flesh out websites faster than coding the themes by hand. While Ultimatum didn’t come out on top in any of our benchmarks and scored at or near the bottom in page load times, the core code is fairly clean which means a dedicated programmer and good caching software could probably significantly improve those numbers.

A new WordPress installation was created for each framework using the latest version of WordPress (4.4.2) and the framework as of early April, 2016. Each was a clean install using the ZIP from WordPress.org and a separate database, but all running from the same server. No further optimization was enabled, and no caching was configured. Only the plugins required by the frameworks and/or their templates were added and the two plugins included with WordPress were removed.

We considered manually re-creating a generic layout using each framework but decided to implement templates created by their developers instead. Not only did this reduce the already lengthy testing and review process, but it allowed us to test the frameworks using templates the developers themselves deemed high quality and suited to their audience. In order to have comparable test results we chose templates that were similar in design and made sure that all content ran off of our test server rather than being pulled from third party sites.

"YSlow grades web page based on one of three predefined ruleset or a user-defined ruleset. It offers suggestions for improving the page's performance, summarizes the page's components, displays statistics about the page, and provides tools for performance analysis."

"When you profile a web page with PageSpeed, it evaluates the page's conformance to a number of different rules. These rules are general front-end best practices you can apply at any stage of web development."

After installing each framework and a simple template/layout we measured the page load times of each three times using GTmetrix.com and averaged the scores to come up with a final value. The clear winner here is Gantry and their Hydrogen theme, which impressively outscored the default WordPress Twenty Sixteen theme.

Page Load Times - About Us Page

For a more apples-to-apples comparison we also tested a simple About Us page with each framework. This consisted of the default header/footer, three paragraphs of lorem ipsum, and a single image. As you can see, the rankings were largely the same. The surprise was that two of the five frameworks actually had slower sub-pages than homepages.

Here's what each homepage looked like after it was setup on our test server.

Hey, you read the whole thing!

That deserves a reward. How about not having to worry about WordPress maintenance ever again? That's what we do at Barrel Roll. Have 10% off your membership for life on us! 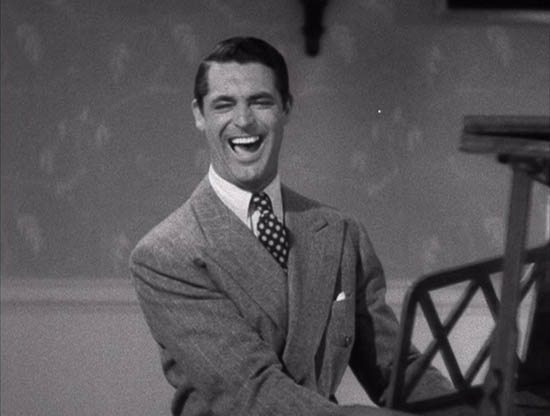 We have built another WordPress theme building framework called TemplateToaster. Hope you Test and review about it in near future.