WordPress Performance Optimization & Why It Matters 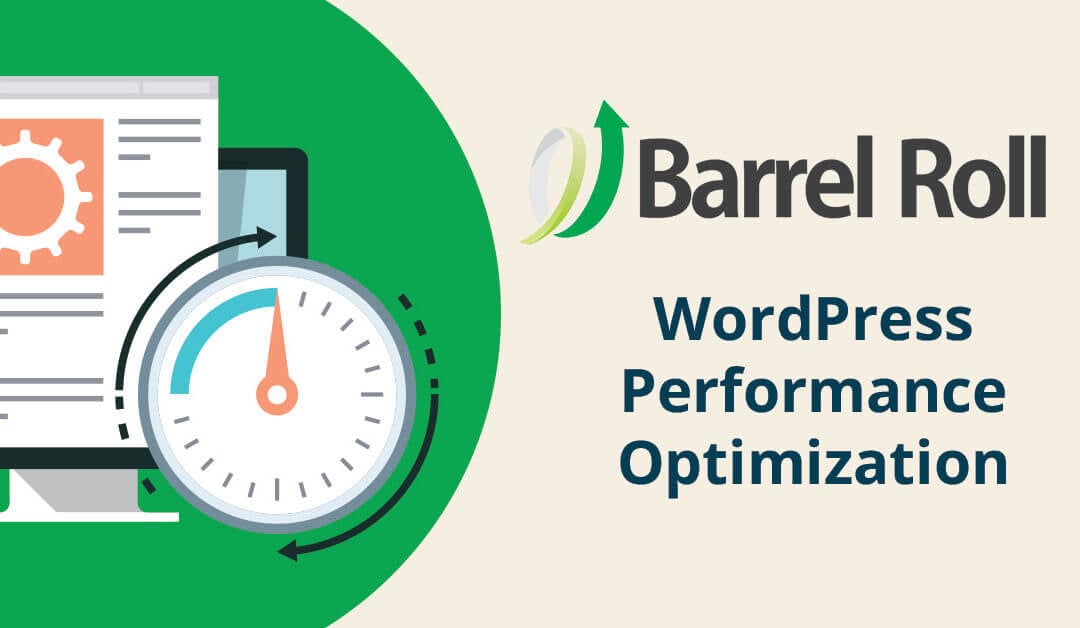 It’s been over seven years since Google announced that website performance would have an impact on search engine ranking. Since then, they’ve doubled down and put a greater emphasis on mobile performance. There’s a wide body of business case research that shows huge increases in conversions the faster your website load time is. It’s clear that WordPress performance optimization matters more than ever before.

Despite the importance of a finely tuned website, many still suffer from lackluster performance. This isn’t because WordPress is inherently slow; we find the main culprits tend to be underwhelming servers, lack of proper caching and image optimization, plugin bloat, and unoptimized or poorly customized themes. By resolving these four issues we’ve been able to reduce the page load time of ten recent member sites by an average of 52.65%.

How We Optimize WordPress

Our first step in optimizing a new member’s site is a thorough review of where they currently stand. We run an array of performance tests using tools like GTMetrix, Pingdom, and Webpagetest.org to check how their content is loading and look for errors. We record initial performance test results as a baseline and run new tests each time we make significant improvements to a site.

Once we have our initial results and an idea of what needs to be fixed, we take a closer look at the theme and plugins to see what’s working well and what isn’t. We often swap in better-performing plugins to replace those that aren’t up to snuff and make whatever changes to the theme code that are necessary to fix any issues we discovered.

Next, we setup WP Rocket, our favorite WordPress caching plugin, and tweak it out to get the best possible performance for each site. Then we configure EWWW Image Optimizer for maximum compression and bulk optimize the images on the site (we did a thorough comparison of the most popular WordPress image optimization plugins and EWWW came out on top).

Now that we have an optimized site, we run another series of tests and review the data again to see what improvements have been made. It’s usually at this point that we make the determination as to whether or not the current server is performing well and if it isn’t we get the site migrated to a host that specializes in WordPress.

The Results Can Be Dramatic

The data below highlights ten recent member sites that we optimized. We were able to improve page load speeds up to 78.18% and 52.65% on average. We reduced the total number of elements loaded by an average of 26.34% and as high as 47.46%. All of this was done without making significant changes to the design of the pages; we just optimized what they were already doing. The data was collected prior to setting up any of the sites on a CDN to ensure a more accurate WordPress performance optimization comparison.

We measured the onload time for each website three times and took an average before we did any optimization. Then compared it to the time it took to load the same page after optimization, taking another three readings and using the average.

Every website loads a variety of elements in order to construct the page that you see. These include things like CSS files and images.  We’re able to minimize these through concatenation, manually removing unused files, and fixing broken items.

Although the largest performance gains usually come during our initial optimization, we never stop looking for ways to improve member websites. WordPress is always evolving and so is the ecosystem of plugins and themes that are built on top of it. The Internet at large continues to change rapidly and new technologies are regularly adopted that we need to adapt to and take advantage of.

Let’s get started with a free website review. We’ll perform an initial assessment of your site and let you know where we see issues and what we think needs to be done. This includes more than just a WordPress performance optimization analysis; we’ll also look at desktop and mobile design and let you know if we find any usability issues or things that may be hurting your conversions.

We want to hear about it! Let us know your methodology and results in the comments below. We’re always interested in how others are going about making the WordPress community a better place for developers and users alike.